When there is teamwork and collaboration great things can be achieve. After all, unity is strength.
Join our team and help in whatever way you can. Below is a breakdown of contributions to consider.

Founded by former “VC” graduates that majored in Visual Communications, VC+ is a collective of creative professionals that uses our creativity to fund, fuel & raise awareness for existing charities. We are a tight knit creative family of doers, thinkers and makers that collaborate together to ignite, strengthen and support people & organizations that are already doing good things. As professionals in photography, film, advertising, design & entertainment, we know how to use creativity to start conversations, tell stories, solve problems, and ultimately influence people & culture.

We know and recognize that there are already so many charities out there doing good. We don’t need to be another one. Instead, we can use what we are good at (creativity) to help existing charities push forward, get stronger & do more. We have good hearts & good ideas. And love collaboration.

As a creative collective, our team is never limited and instead constantly growing stronger with other like-minded creatives. Meet our current VC+SA team below. And don’t hesitate to contact us should you want to join in. We have open arms, minds & hearts. 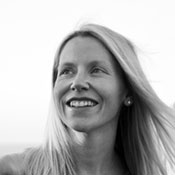 After graduating from University of Delaware with a BFA in Visual Communications, Kristen has spent 10+ years servicing big brands with creative ideas through advertising, entertainment and branded content. She now wants to service hearts & humanity. As a creative thinker, do-er, maker, writer, designer, photographer, strategist and storyteller, she never stops working; but according to her, when you love what you do, it’s not work. For the past ten years she’s been a workhorse in New York City, where she met her South African husband who has successfully managed to add adventure, travel & culture into her life – which she is grateful for, everyday.

After graduating from University of Delaware with a BFA in Visual Communications, Howard has worked in all aspects of the creative industry. Starting out as an Art Director in advertising for 3 years he began to take on the role of copywriter. Eventually he moved into directing. His love of the visual arts mirrors his passion for the game of soccer which he has played all his life. With a philosophy of constant growth he hopes to both teach and learn together with these children. 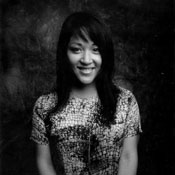 Obsessively driven through the love of travel, food, friendship and art, Shelly too graduated with a BFA in VC. Shelly has 11+ years experience as a strategic, multidisciplinary creative director, entrepreneur, philanthropist and serial instagram-er. So please, don’t eat your food until Shelly takes a photo. Thanks. 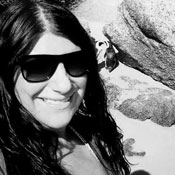 After graduating from Monmouth University with a degree in Graphic Design, Kate worked at an NYC ad agency where she was placed on the Pro Bono team as a Junior Designer. It was there that she realized she had a passion for helping people and wanted to find way to get involved. She also learned that she was a much better producing than a designing and switched over to the other side. Kate has been involved in sports her entire life and wants to make sure anyone anywhere is given the opportunity to play the their passion for the sports that they love. 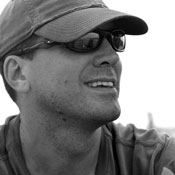 South African native Andrew Bowles, grew up in Cape Town where he graduated from UCT with a Bachelor of Commerce. With that degree he packed his bags, jumped on a plane (his first ever) and moved to London where he worked in accounting for 8 years, traveling and working in 15 different countries. In 2004 he ventured again, this time to NYC where he met his wife (Kristen) and for 10+ they have traveled the world together. Andrew currently works as an IT program manager supporting multiple finance teams and now is excited to extend his support to (in his words) “an enthusiastic bunch of over-achieving creatives.” 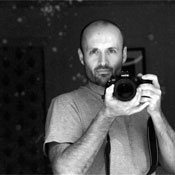 Since he was 15 years old, Paul has been capturing moments ever since his first photography class in high school. Visually focused, he took his interests to learning film and video editing on the job as an assistant editor, many years ago before it all went digital. Settled in NYC, Bastin Editorial Inc. brings him many diverse projects from editing commercials to short films to art installations, or photographing around the world documenting the many ways of life that fulfills his never ending wonderment of people and cultures. 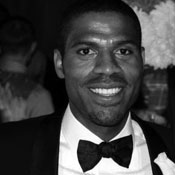 Justin Sweeney has been playing soccer from an early age. He attended Manhattanville College where he played for four years. Later he earned his Juris Doctorate from Pace Law School. Currently he lives in New York City practicing in the entertainment industry. He jumped at the opportunity to contribute to a cause that encourages the love of the game and potential in the youth. 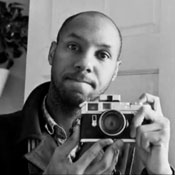 Cubie King is a native of sunny San Diego, California. He left one sunny state for another to study film at the University of Arizona. A master of many things creative he worked as a producer / photojournalist at CNN (NY) for over six years. If you have a question about Larry David this guy is your man. 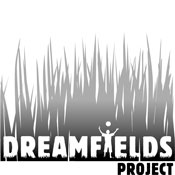 Dreamfields believes a team game like soccer can build better schools and better students. And they also recognize that lasting change must transform the areas where children play — and are helping to restore soccer fields wherever they can and build new ones wherever they are needed.